Setting up an international office 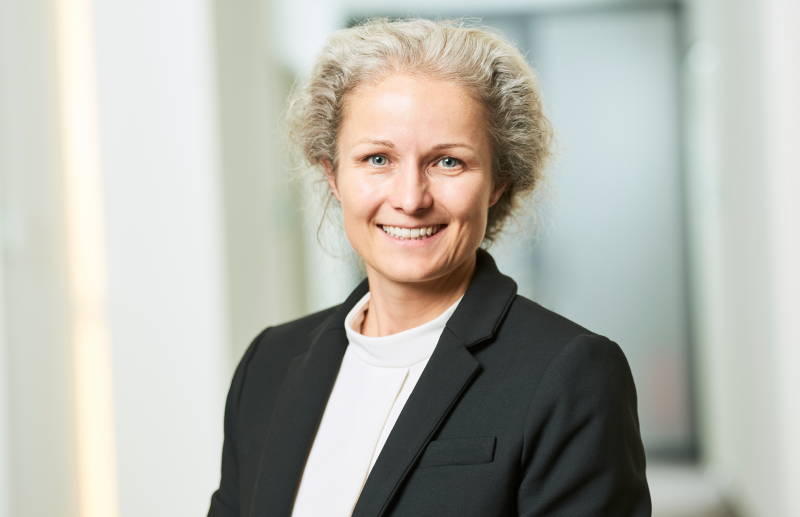 Juliane Kaden-Botha joined CIL in 2021 to head up its first German office. Here she discusses how she channelled her entrepreneurial spirit into life at a management consultancy and her experience as a member of the LGBTQ+ community in consulting.

What has your career path to date looked like, and what led you to CIL?

Growing up in Germany, I spent half my childhood in East Berlin and half in a small town between Denmark and Hamburg. I attribute my travel bug — and with it a certain enthusiasm for opposing ideas — largely to having witnessed these two completely different political systems at such a young age. After high school, I spent a year focused on languages between France and Spain and then went to the UK to study Economics and Management at Oxford University. After university, I spent some time in management consulting before embarking on a career in investment banking which would ultimately take me from London to New York and on to California.

The 2008 financial crisis made me re-evaluate my position within the sector, what I wanted to do with my life and who I wanted to be in the long term. I knew I was entrepreneurial and wanted to help businesses focus on the essential questions. Meanwhile, I wanted to build a world I would like my children to live in. I returned to university to study International Policy at Stanford, focusing on international business.

This helped me to understand how companies operate from multiple viewpoints and disciplines, such as law, politics, technology, sustainability and sociology. After my studies, now with two kids in tow, we went back to London where I resumed my investment banking journey. Within a couple of years, we found ourselves back in the US, working in New York.

An offer to join EY-Parthenon took me back to the San Francisco Bay Area and strategy consulting, focusing on technology (or tech-enablement more broadly), financial services and the consumer industries.

Before CIL, I was a partner at LCA, a private equity fund and advisory firm in San Francisco. The pandemic led my family and me to re-evaluate location, distance, and family ties – naturally, Germany was relatively high on our list. Simultaneously, CIL was looking into establishing an office in Germany to more purposefully serve its DACH region clients or its international clients looking to expand into the region.

What has your experience as an LGBTQ+ woman in consulting been like? How has the industry changed since you first started?

Attitudes within the industry have changed dramatically over the last twenty years, and consequently, so has the experience of women, members of the LGBTQ+ community and other minorities. Are things where they should be? No, not by a long shot. Could things have moved faster? Yes, absolutely. There is a lot more work to be done and a lot more untapped opportunity to be discovered as a result.

Often, people don’t realise that being LGBTQ+ tends to be a long journey. For a large percentage of LGBTQ+ people, the experience is not realisation as a teen, come out and live happily ever after while dedicating yourself to all the other things that life could throw at you.

For many, LGBTQ+ was not a part of growing up and there weren’t many role models around to look to. The upshot is that being LGBTQ+ often doesn’t even form part of the possibility set to start with. It is simultaneously a (somewhat exhausting) process of self-discovery, re-writing and making sense of one’s own narrative.

When I started my career, I was at the very beginning of this journey: I had not even fully “come out” to myself, let alone “being out” at work. I distinctly remember a colleague back at my very first job, casually mentioning the fact that the firm “even had an LGBTQ+ group”. Within probably seconds, my intranet hunt had started and after some searching, I was in. Now what? Minority employee-run groups were way more hush-hush and secretive back then. Meetings were not widely publicised and usually held far away from the everyday buzz of the office – mostly behind frosted glass.

Also, where were all the women? With a regular turnout of 20+ lovely gay men, why would there only ever be one or two women at these events? It turns out there were many more women on the list, but most never made it to the events because events were male-dominated. Women did not feel comfortable, nor part of that group and they were afraid to be seen. While a stigma existed for the entire LGBTQ+ community, the stigma for lesbians was arguably disproportionately larger than that of gay men, as perception studies have confirmed.

Funnily enough, I did meet my future wife at one of those group socials. Fast forward 16 years and three kids and I can safely say that that particular employer-enabled group changed my life.

There were several professional LGBTQ focused groups in London at the time, but not a single one focused on women. Thus, the idea of the “Gay Women’s Network (GWN)” was born, an initiative I was part of from day one and throughout my time in London. It has grown to more than 1,500 members across more than 130 organisations.

Things have moved on, attitudes have evolved, yet stigma still exists. It does so to varying degrees for each letter in L-G-B-T-Q. As a society, we have not yet fully grasped the experience and realities a member of each of these letter groups faces. With that, we have not grasped the value that each could contribute. Awareness, exposure to real-life stories and, most importantly, a willingness to be open without judgment go a long way.

Of course, the consulting industry does not operate in a vacuum. Being LGBTQ+ means coming out all over again every time you meet new people and start building honest relationships.

Having children and becoming an LGBTQ family has only accelerated the realisation that openness and brutal honesty are the drivers of change – one person and one conversation at a time. Whether you want it or not, the mere presence of a two mommy household with three kids brings on looks and questions. But – questions are great! Curiosity is the best precursor for change.

On the whole, I feel the consulting industry has played a significant role in enabling change. As an industry, it has become even more open over the past 20 years and continues to drive positive change. My experience, whether in professional services or with my clients, has been positive with the odd outlier. It boils down to the fact that authenticity is the main building block of human relationships. Enabling authenticity, giving a voice and taking action  is our responsibility as employers and as human beings.

What was it like setting up CIL in Munich, and what do you look for in a new hire?

Working across many different settings and countries with people from a broad variety of cultural backgrounds means that I can appreciate complex scenarios from viewpoints other than my own. Ultimately, I approach situations with infinitely more patience and understanding than I would have, say in my early 20s or even 30s.

I have tremendously enjoyed setting up our new office. The market’s reception has been very positive, with many opportunities coming our way and a long-term positive outlook for our business. Further, we have a high-class, driven and entrepreneurial team on the ground. They embody CIL’s values of integrity, excellence and supportiveness, and we are looking to grow this team further over the next few years.

What do I look for in a new hire? Curiosity; intelligence; analytical and commercial acumen; a drive to grow not just professionally but as a person; and, an ability to not take yourself too seriously – to simply have fun and enjoy life.

What does the future of CIL in Munich look like?

There is a realisation that rapid change is needed. Given the size of the overall market, the urgency for change and growth means that the DACH market can be expected to remain attractive to value-purpose driven investors for the foreseeable future.

Apart from executing projects across the nine sectors CIL serves, we continue to build relationships and connections to solidify our presence in Munich and the wider DACH region. As CIL’s first base in continental Europe, CIL Munich further allows us to build on previous engagements and look into the adjacent regions with renewed focus.

If you are looking for a new opportunity to start or grow your career in a hands-on, international environment, get in touch