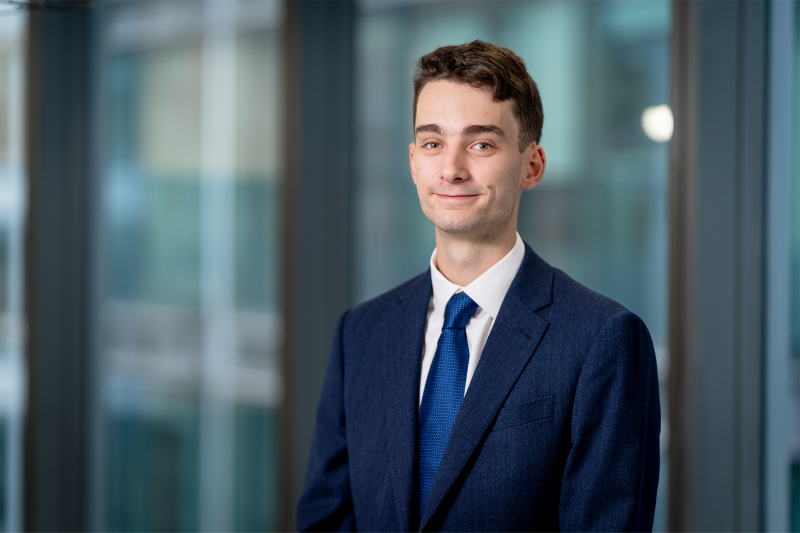 CIL Analyst, Ben Park, talks to us about starting his career in consulting and how he balances his busy work-life with playing semi-professional hockey in the Premier League.

How did you get into playing semi-professional hockey?

I started playing hockey when I was 11 years old, as my secondary school specialised in the sport. I later went to Durham University, which happens to have one of the best hockey teams in the UK. I was fortunate to be on the team for four years and was Captain in my final year. While I was at Durham, my team won the British Universities & Colleges Sport (BUCS) Championship for the first time in 20 years and was promoted to the national club Premier League.

I now play for the same club that I first joined when I was 11 – Surbiton Hockey Club. In the hockey world, it is one of the largest clubs with 1,000 juniors and 14 men’s and women’s teams. I play for the men’s 1st team which currently has nine GB internationals in the squad. I also got to play in Belgium for hockey’s version of the Champions League last year, which was really cool.

Being part of a team is something that I love about playing hockey and I’ve met most of my close friends through the sport. One of the things I really enjoy is its fast-paced environment and the need to be strategic in your approach. This is something that I also looked for in my professional life and is what led me to apply for the Analyst role at CIL.

It’s very varied, you work across different sectors. One week you’ll be conducting interviews with market experts, and the next you will be analysing business data and market trends. The strategic element of the job is what drew me to being a consultant as this is something that I really enjoyed in my management master’s degree.

Within the role, you are always thinking critically and it can be quite difficult to switch off at times. There can be a lot of time pressure when you are completing a project and you must be able to manage your time well. This is why CIL encourages you to have hobbies outside of work, as they give you an opportunity to have a break from work and de-stress.

How have you managed to fit hockey into your busy week as an Analyst?

I try and manage my time wisely. I train twice a week for two hours and have one match at the weekend so I can’t plan my time on a day-to-day basis. Instead, I tend to plan each week holistically. I assess my project and hockey commitments, then plan accordingly.

There are times when my schedule can feel tiring – such as when I have a busy week at work and then need to travel a long way to play a hockey game during the weekend. I’ve come to realise that all I can do is manage my time as best as I can, but sometimes things don’t go perfectly and that’s okay.

I’m fortunate that I’ve had good communication with CIL and with my hockey team. Both are aware of my commitments and understand when I need to miss something. There is real encouragement at the company to have evening plans – that’s one of the best things about working at CIL.

CIL also has a flexible work-from-home policy. I work from home most Tuesdays and Thursdays so I can go to hockey training straight after work as the pitch is near to my house.

What would you say to someone who is looking to get into consulting but wants to maintain a good work-life balance?

I find it helpful to separate the two. Initially, I was worried that if I was stressed at work then this would be amplified when I had the pressures of a hockey game. But I’ve learned to think of hockey as something fun and separate to the pressures of consulting.

The other advice I’d share is to give it a go. The consulting side of my life is the most important and when I joined CIL I thought doing hockey alongside would be a great bonus, but not an essential. I found out quite quickly that it was possible and a lot easier than I thought it was going to be. So, my advice is to keep your hobbies going as much as you can because if you let them drop it’s hard to pick them back up again.

Additionally, don’t feel guilty about stopping work and having evening plans. In the beginning, I felt frustrated when I wanted to work later but had hockey practice that day. However, I realised that having four hours of training each week isn’t that much, so it helps to be able to protect this and enjoy it.

The final point relates back to time management and being organised. You must plan for the week ahead and weeks in advance to know when your project deadlines are. If there is a week where you are travelling a lot for work or for hobbies, then you must be aware of this and factor it into your schedule as early as possible.