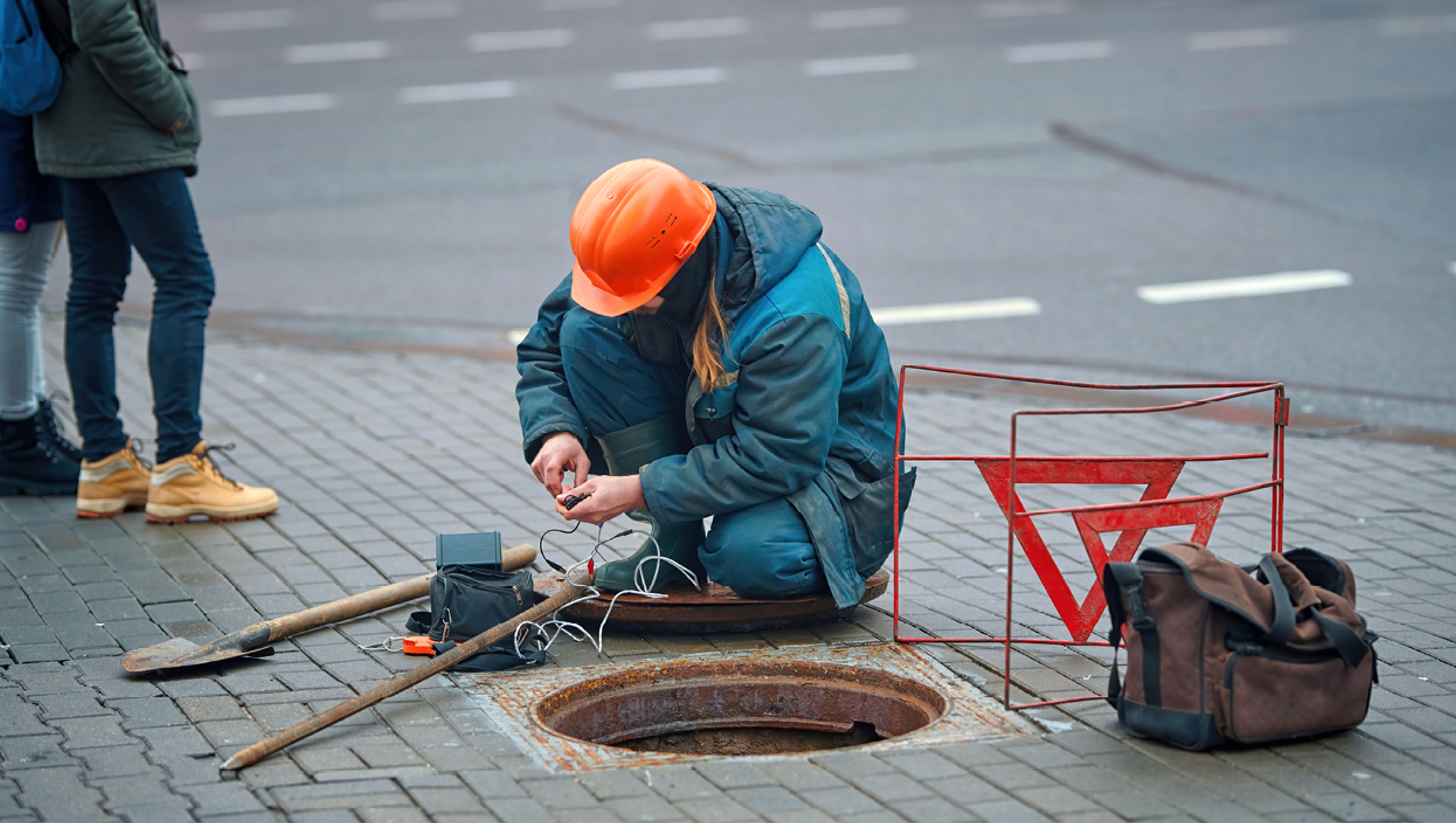 A country’s water infrastructure is essential for the effective running of its economy and with a network of 7.5 million kilometres of underground pipe across Europe, there is a robust and growing demand for maintenance activity.

CIL estimates that there is currently €25bn of annual spend on underground infrastructure maintenance across Europe, with 3-5% annual growth underpinned by a range of robust drivers.

This is an attractive investment segment for many due to its non-cyclical demand, adoption of new technologies and the opportunity to consolidate a fragmented supply landscape. In this article, CIL will explore these dynamics and the opportunities available for investors.

What is underground infrastructure maintenance?

Underground infrastructure maintenance (UIM) covers all services that ensure existing water and waste systems remain operational, both in terms of being structurally sound and free from blockage. It involves the management, monitoring, repair, and upgrade of existing water pipeline networks. This includes maintenance of pipes for the distribution of clean drinking water as well as the transport of flood and wastewater to processing plants.

UIM services are required by the owners of the assets, which generally fit into three groups. The largest client is municipalities and water companies that manage the processing and distribution of a population’s water needs. Homeowners are typically responsible for the pipes leading directly to and from their properties and finally, industrial customers that own the pipelines that serve their processing needs.

Carrying out this type of maintenance effectively and efficiently on assets that are buried underground, under roads and around other infrastructure requires skilled labour, sophisticated equipment and the use of technology.

These underground pipe networks have been developed over years, with some pipes over 100 years old. This creates many challenges when ensuring they remain operational.

Simply put: old pipes break. Being underground, they suffer from material degradation, stresses from earth movement and penetration from tree roots. Broken pipes can cause poor flow, leakage and even flooding. Pipes also get blocked. This mostly affects waste pipes that are being put under ever-greater pressure as the population grows and demand increases.

Municipalities have struggled to upgrade their underground infrastructure in line with need, leading to an ageing asset base in need of ongoing maintenance. Across Europe, a large proportion of the sewage systems were built after the Second World War, and the average age of water pipes is now over 35 years.

The pressure on existing infrastructure is increasing in urban areas as the population continues to grow. As more space is covered in concrete and intense rain fall becomes more frequent due to climate change, local drain networks need to work harder, creating more localised pressure.

Governments, industry associations and insurance companies are pushing for more stringent regulations to ensure the sustainability of these networks. For example, in Germany, DIN 1986 part 30 states that existing sewer connections must be inspected by property owners, while DIN EN 1610 and DIN 1986 part 1 suggest leak checks must take place for every new building. While not currently legally binding, some German states accept these norms as law.

In summary, UIM is seeing sustained growth in demand underpinned by a range of robust factors that are outside of economic cycles. Even with a conservative assumption of a 15-year maintenance cycle, this means half a million km of pipes need work each year.

For pipeline owners, ignoring pipe failures is not an option. Leakage from blocked or broken pipes can cause significant disruption. At worst, it can cause flooding of homes, buildings, and other infrastructure. Alongside the general disruption it causes, exposure to sewage can create significant health risks to citizens.

There is also an economic factor. Pipes with inefficient flow puts more pressure on the networks’ pumps and require them to run harder using more power and requiring more maintenance.

Beyond these factors, the environmental impact must be considered. Paying to turn water into drinking quality is expensive and losing it through pipe leaks is irresponsible. Further, leakage of wastewater can impact the broader environment, especially if sewage seeps into riverways or farmland.

While much of the core service relies on an established mix of labour and equipment, there are technological developments which are driving spend and increasing margins.

Historically, providers selling into this market have been local, meaning there is still a fragmented tail of small competitors (companies with less than 50 employees). Across most European countries, no major player has more than 20% market share with >60% of the market still being served by sub-scale providers. Barriers to entry are relatively high (Capex, trusted relationships, and skilled labour) but barriers to scaling are even higher as few business owners have the sophistication to build a complex, multi-site operation with the level of infrastructure to ensure consistently high-quality delivery.

The competitive landscape provides a significant buy-and-build opportunity for investors who want to drive a consolidation strategy. A handful of private equity investors have already started to consolidate the market in some European countries, although there remains plenty of white space.

Alongside multiple arbitrage, scale can deliver various benefits and enable these larger players to outcompete their smaller rivals. Where asset utilisation is a key lever of success, scale players can optimise route density, leverage multi-site flexibility, and use well-invested support functions to drive operational efficiencies.

Outside the core consolidation strategy, there are opportunities to develop the proposition to capture a greater share of wallet and embed deeper with clients. This could be shifting the proposition from a service to a longer-term solution partnership model or expansion into adjacencies (e.g. broader waste management or services for other underground infrastructures).