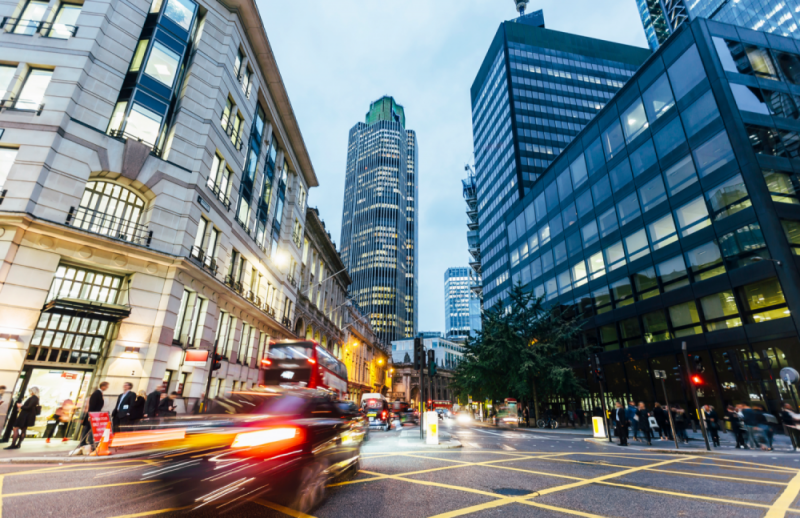 The UK is in the midst of unprecedented uncertainty but there are genuine reasons for optimism over the long term. Sunday Times Economics Editor, David Smith, explained why, at CIL’s annual economic update.

David Smith has been economics editor of the Sunday Times for 31 years. He’s witnessed a number of economic downturns but admits that none has been as savage as the recent, coronavirus-induced recession. Hit by a nationwide lockdown, GDP sank by almost 20% in the second quarter of this year and Smith expects a full-year decline of around 10%, the biggest economic slump for 100 years.

The figures are stark – and many forecasters are gloomy about the future. Smith is decidedly more optimistic however, using past pandemics, recent economic data and the CIL annual Investment 360 Index to back up his thesis.

Smith points out that there have been four pandemics in the past century: Spanish flu after the First World War, Asian flu in the 1950s, Hong Kong flu around 1970 and Swine flu in 2009. Each of these caused widespread misery and huge numbers of fatalities but, within a year or two, they faded away, naturally losing their virulence over time.

SARS followed a similar trajectory. Not widespread enough to be classified as a pandemic. SARS was primarily confined to Asia but, having started in 2002, it had virtually disappeared by the following year.

Looking at the way all these viruses behaved, Smith calls into question much of the commentary surrounding the current coronavirus. Policymakers, scientists and others talk about Covid-19 being here to stay and suggest that we have to learn to live with it. But, Smith argues, that would make this virus very different from its forebears.

What will recovery look like?
As such, he believes there are real grounds for optimism over the longer term. The next six to 12 months are likely to be challenging but we will get through them and the economy will recover, he says.

Smith’s prediction chimes with CIL’s Investment 360 Index, based on a survey of 231 respondents and carried out in the first two weeks of September. Those surveyed – a blend of business and investment professionals – were deeply uncertain about the short term but distinctly upbeat about the next five to ten years, with 62% saying they were quite or very positive about the outlook.

Delving more deeply into the UK ‘s near-term economic prospects, Smith points out that there is one key difference between the 2020 pandemic and its predecessors – the level of government intervention. Lockdowns and other government restrictions were simply not on the radar in the past. This time, it’s different and that raises several questions.

Looking first at recession and recovery, Smith refers to the monthly purchasing managers’ surveys, which showed a pronounced dive in the spring, followed by an equally pronounced bounce-back over the summer. Retail sales have followed a similar path, albeit, as Smith admits, overall numbers mask the shift to online shopping and the fact that some sectors, such as food, drink and DIY have done much better than others.

GDP data had only been published to July, at the time of the CIL Economic Update, but Smith forecasts that, after plunging 20.4% in the second quarter, growth should soar by at least 10% and possibly more than 15% in the third quarter, leaving the economy about 10% smaller in 2020 than it was in 2019.

That puts the UK behind most other countries and Smith warns that there are several risks to the downside in the coming months. He is particularly concerned by the Government’s response to ‘the second wave’.

Another national lockdown is unwarranted, he says, because the first lockdown was linked to helping the NHS, and it is far more prepared now than in the spring. He is further worried by suggestions that the UK will be subjected to another six months of restrictions, claiming that such talk has dealt a real blow to confidence, at a time when the economy is highly vulnerable.

Unemployment is a clear concern too, amid predictions that jobless numbers could rise to at least 3m. Smith does point out, however, that rises in unemployment are likely to hit the young and the over-65s in particular so the impact on the economy may be more muted than expected.

Driving growth
So, what policy changes are we likely to see in the coming months? Chancellor Rishi Sunak has emerged as something of a hero during the pandemic but he has been absolutely clear that, in his view, the Conservatives need to be seen as the party of economic competence and sound money. Given the enormity of Government borrowing, that would suggest big tax increases down the line. Smith claims that Sunak would ideally like to remove higher-rate pension relief, increase corporation tax to 24% and tax capital gains as income.

This last would run directly counter to our survey’s findings. When we asked respondents which single Government initiative would most help their business, 18% cited a reduction in capital gains tax (CGT), some way ahead of any other possible policy changes.

Fortunately, Smith believes that a CGT hike is less likely than an increase in corporation tax or a change to pension tax relief. But he also says that Sunak will be under pressure to move slowly, phasing in any tax increases and taking care not to jeopardise economic growth.

Looking at central bank activity, Smith highlights the amount of quantitative easing (QE) undertaken by the Bank of England and others. QE has soared in the UK and interest rates have fallen to just 0.1% as the Bank has tried to give the economy a helping hand. Our survey suggests that most respondents are relatively happy with the Bank’s response and believe monetary policy should remain the same. Smith agrees. He does not believe there will be a move towards negative interest rates; rather, he expects more QE if the economy shows signs of faltering later this year.

Finally, Smith turns to Brexit, once the dominant feature of UK economic debate. Smith argues that the UK needs a deal now more than ever. Even though Covid-19 has hit the economy hard, Brexit could cause far greater long-term damage, particularly if there is no deal or a poor deal. He advocates an agreement that gives the UK the closest relationship possible with the EU and he believes that Government ministers increasingly see the logic of this, particularly in light of the pandemic.

Smith also points to one possible silver lining to the current crisis, suggesting that it may provoke a sharp boost to productivity. Low productivity has been a UK bugbear for years but, Smith argues, many businesses have been forced to compress five years of change into five months and this could release a surge of productivity energy as recovery gathers momentum.
Overall, Smith forecasts that the fourth quarter of this year and first quarter of next are likely to be difficult. Most economists believe there will be no growth at all in the next six months. Smith hopes the economy will prove more resilient. Recent government actions have made him less sanguine about the short-term outlook than he was just a few weeks ago. Over the long term however, he remains optimistic, much like the respondents to our survey.