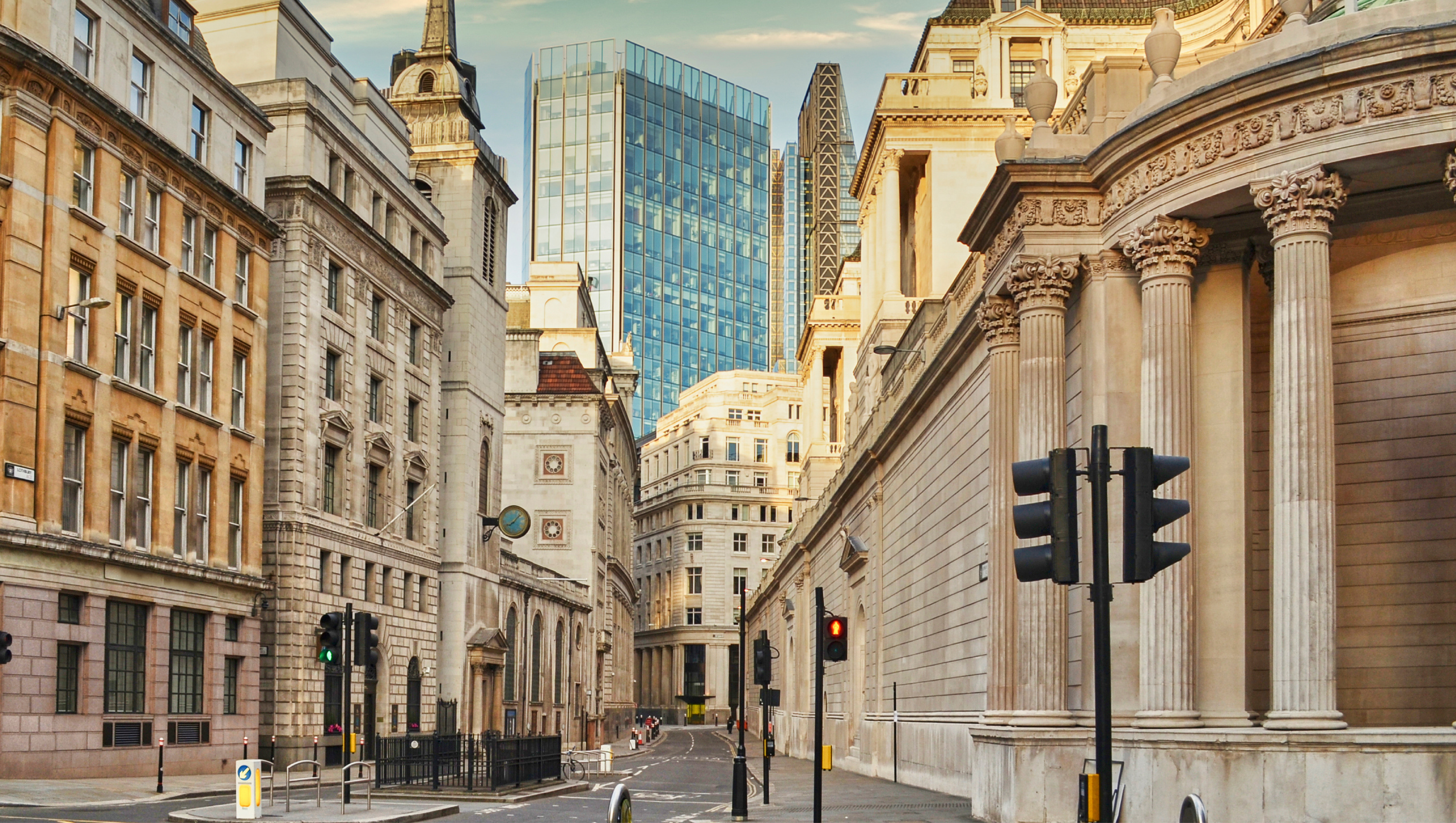 The pound has been flirting with record lows against the dollar, yields on UK government debt have been rising and confidence in the economy is at rock bottom. Yet, Sunday Times Economics Editor, David Smith, believes the future is not as bad as doomsters and forecasters suggest. He explained why, at CIL’s 16th Annual Economic Update.

This took place on 27th September, the day before the Bank of England intervened in the gilts market, but Smith stands by all the views below.

The summer of 2022 was the warmest in decades. People basked in the sunshine, beaches were full and café society seemed to be in full swing across the UK. Consumers seemed to be happy. But they were not, at least not when it came to the economy. A barometer of consumer sentiment (GFK UK Consumer Confidence Barometer), taken in August, showed that confidence was at its lowest since records began; lower than 1975, when inflation was running at almost 27%; lower than in the 1980s, when more than three million people were unemployed, and lower than during the pandemic. Businesses were gloomy too, having become steadily more concerned about the future from the end of last year.  CIL’s Investment 360 Index 2022 echoed the prevailing pessimism. Confidence in the government was waning, confidence in the Bank of England had fallen sharply and a full 80% of respondents felt negative about the UK economic outlook over the next 18 to 24 months. This was the worst reading in years and a significant about-turn from 12 months ago, when most respondents were fairly upbeat and only 11% felt negative.

As Smith noted, this was the backdrop which greeted incoming Prime Minister Liz Truss and her Chancellor Kwasi Kwarteng when they took office in early September, helped along by a Bank of England forecast suggesting that the economy would enter into recession this year, stay there throughout 2023 and remain in poor fettle thereafter (Bank of England Monetary Policy Report August 2022).

Much of the anxiety, felt by businesses and consumers alike, centred on soaring energy prices, with predictions that average bills would rocket and that inflation could soar to at least 13% and perhaps considerably higher. Perhaps not surprisingly therefore, Truss and Kwarteng felt as if they needed to act and fast. “They wheeled out the big guns,” Smith said, alluding to the largest-calibre rifled weapon ever used in combat, the Schwerer Gustav, developed by the Germans in the 1930s.

First, there was a two-year energy price freeze, announced within days of Truss taking office. That was swiftly followed by Kwarteng’s ‘mini’ budget, which proved to be anything but. Dubbed a ‘Plan for Growth’, it was sweeping in scope. Proposed increases in National Insurance and corporation tax were reversed; basic rate income tax was cut to 19% from next April, stamp duty was cut and the cap on bankers’ bonuses was scrapped. A network of up to 40 investment zones also formed part of Kwarteng’s Plan – but markets did not pay much heed to that. Instead, they focused on the impact this package of measures would have on debt and deficits, concluding that both would be significantly higher than forecasts made earlier this year.

As Smith explained, the Schwerer Gustav did not live up to its makers’ expectations; nor has the new administration’s Growth Plan. And yet, Smith believes that the situation is not as desperate as it might look. To explain more fully why, Smith posed three questions:

There is a very strong chance that we are technically in recession, if recession can be defined as two consecutive quarters of negative growth. But, as Smith points out, this definition was created by US President Lyndon Johnson in the 1960s “to get out of a scrape.” It is not even used in the States anymore and, in the case of this summer in the UK, a decline in GDP can be attributed at least in part to the Platinum Jubilee Bank Holiday in June and the Bank Holiday on the occasion of the Queen’s funeral earlier this month. In other words, the UK economy has hardly been roaring ahead but it has not been back-pedalling violently either.

Smith expects to see a similar trajectory in the future, suggesting that we may not be able to avoid a recession altogether but that it will probably be quite mild, with the economy shrinking by little more than 0.4% over a couple of quarters: “an old-fashioned recession,” as he puts it. This may be a far cry from the Government’s target of 2.5% growth over the medium term but it is nowhere near as dramatic as the slump experienced during the first lockdown in 2020. In fact, Smith suggests, things will not feel too bad. The economy may slow down temporarily but it is more likely to flat-line, much as it has done since the Global Financial Crisis.

Smith’s prediction is based on several factors. First, unemployment remains very low. Many over-50s have dropped out of the workforce, fewer 18–24-year-olds are economically active and fewer EU citizens are coming to the UK in search of work. In combination, this has taken around a million people out of the labour market, so job vacancies are extremely high, at more than 1.2 million, compared to around 600,000 when the economy was booming in 2005 and 2006. This does not presage a severe recession.

Inflation – down but not out

Smith also believes that the rate of inflation is likely to halve over the coming year. In the summer, the Bank of England warned that inflation would hit 13% but soaring energy prices played a big part in that prediction, forestalled by the government’s cap on energy prices. And, Smith notes, hikes in energy prices tend not to last, with oil and gas prices both lower than they were earlier this year, despite Russia’s persistent invasion of Ukraine.

Average pay rises are well below inflation too. More than 75% of respondents to the CIL survey said they and/or their portfolio businesses had increased wages in the past 12 months, in response to inflation and labour pressures. Some of those pay rises exceeded 10% but most were between 5% and 7.49%, materially below current rates of inflation. This mirrors the broader economy, which means that, in real terms, pay is falling and therefore unlikely to stoke inflation.

The Bank of England has also signalled that quantitative easing programme, introduced in response to the pandemic, is now over. And even though it was forced to intervene in the markets last week, with a gilts purchasing programme of up to £65 billion, that is widely regarded as a temporary, crisis-driven measure, rather than a permanent change in policy.

However, Smith argues, even if several factors point to a  substantial fall in inflation from current levels, there are few reasons to be cheerful. Supply chains remain tight, as China continues to institute regional lockdowns whenever Covid-19 appears to be taking hold. And, even if this policy starts to ease, structural changes may have a significant impact on the long-term rate of inflation.

Looking back, inflation has averaged 2% since the Bank of England became independent in 1997. Services-related inflation has averaged 4% over that period but good-related inflation has been 0% or less. As Smith explains, this can be largely attributed to China. That country’s transformation into the world’s manufacturer kept prices low for decades, with goods such as clothing and footwear some 40% cheaper in absolute terms that they were in the 1988. Now, it seems that era may be over, as the Chinese market evolves and views towards globalisation shift.

Interest rates – on the rise

Interest rates are another key determinant as forecasters strive to assess where the economy is heading. Here Smith is again more sanguine than some of the gloomier market watchers, who have been talking of rates hitting 6% or more. Such levels would wreak havoc with the housing market, where mortgages have remained affordable, not because homeowners have been careful about borrowing levels but because interest rates have remained at consistently low levels, less than 1% from March 2009 until May 2022. Now they are 2.25%, far higher than they have been for the past 15 years but still low by historic standards. To underline this point, Smith explains that the Bank of England started setting rates in 1694: until 2009, they had never fallen below 2%.

Even so, rapid increases in rates over the past few months have worried businesses and households alike, with particular concerns raised about how far the Bank of England might go in its bid to tame inflation. Among respondents to the CIL Investment Index, nearly 80% said they thought rates would rise to between 3 and 5% with only 8% expecting the Bank to go further than that. Smith agrees, suggesting that base rates of 4% or a little higher should be enough to keep inflation under control and that much higher rates would risk tipping the UK into a meaningful recession.

In short, Smith is mildly optimistic about the future. He believes a severe recession is unlikely. He predicts that inflation will come down quite sharply and he suggests that interest rates are unlikely to go much higher than 4%. Backing up this analysis, Smith refers to his ‘skip index’,  a measure of economic confidence based on how many skips there are in his street – none indicates no growth or recession; four signals unsustainable boom and two implies growth in line with recent trends. Currently, there are two skips in Smith’s street. The growth trend is not great but it is better than nothing.

There is one caveat: the chance of yet another black swan event. We have witnessed several in recent times, from the Financial Crisis, to Brexit, to Covid-19. “Let’s hope there are not too many more of these,” says Smith.