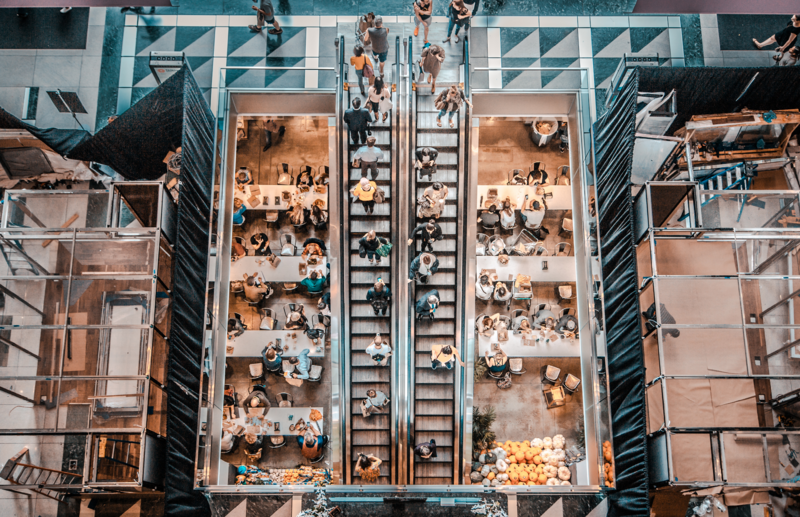 David Smith began his lecture with a view on the prospects for the global economy. Just 18 months ago, he pointed out, sentiment was upbeat, with bodies such as the International Monetary Fund expecting global growth of around 4% in 2019 and beyond, courtesy of an accelerating North American economy, robust performances from China and India, and an unexpectedly strong Europe. Today, by contrast, economists are much gloomier, downgrading their growth projections to closer to 3%. The brakes have gone on.

That reflects a slowdown in international trade, primarily because of the policy agenda pursued by President Trump. While his first year in office was positive for growth and trade, featuring corporation and income tax cuts that boosted the US economy, 2018 and 2019 have seen President Trump’s protectionist and nationalist instincts kick in, with an escalation of the bitter trade war with China.

Mr Smith said the question of which of these two different Trump personas – echoing former Presidents Ronald Reagan and Herbert Hoover respectively – would now dominate was crucial. He anticipated the US moving to settle its dispute with China, with President Trump recognising the damage caused by tariffs to US manufacturing and keen to present a grand deal before the 2020 presidential election, but warned there were no guarantees.

In the meantime, international trade uncertainty remains highly elevated, with the World Trade Organisation’s index of uncertainty sparking sharply higher over the past 18 months following many years of relative calm. Many analysts are concerned the world has moved into an extended period of protectionist policymaking after an enduring consensus around the need for greater openness.

A deal between the US and China would be of huge benefit for all open economies around the world, including the UK, Mr Smith added. But he also pointed out the US economy, the world’s biggest, is not the only engine of wealth creation; indeed, China’s economy now makes a larger contribution to global growth – and developing economies’ importance to the growth rate is more significant than that of developed nations.

China’s next moves will therefore be crucial, with the struggle for dominance of the knowledge economy likely to be the key battleground in the coming years. China’s ascendancy has so far come relatively easily, Mr Smith said, but the country now faces much tougher challenges from international competitors and policies such as the Belt-and-Road initiative will need to bear fruit.

Closer to home, the negative effects on the UK economy of the global backdrop have been compounded by Brexit uncertainty, Mr Smith said. The Office for Budgetary Responsibility is now predicting annual growth rates of around 1.5% for the UK economy in the coming years, which is disappointing; growth was closing in on 3% in 2014 and 2015 and 2.5% is more like the recent historical norm.

Moreover, the UK economy remains unbalanced, with consumer and government spending sustaining growth while business investment has fallen and exports have struggled, even with the support for the latter of a substantial drop in the value of sterling.

Worryingly, growth this year has ground to a halt, with GDP falling during the second quarter of 2019 and unlikely to recover the lost ground during the third quarter. The most recent purchasing managers’ surveys suggest the economy is flat at best, Mr Smith warned.

Employment has been a remarkable bright spot for the UK economy, with the numbers in work now standing at all-time highs; the public sector jobs lost under austerity have been replaced four or five times’ over in the private sector. Even here, however, there is cause for concern, Mr Smith said, with the data suggesting employment increases are now flattening out, sustained only by self-employment. The tight labour market has also seen wage increases begin to outstrip inflation, adding to the Bank of England’s determination to raise interest rates, albeit gradually and modestly, once it can see a path through the Brexit gloom.

Consumer confidence is also a worry, Mr Smith added, with the key GfK index suggesting that sentiment has weakened markedly since the Brexit referendum; that bodes ill for consumer spending.

Nevertheless, Mr Smith predicted the UK economy would return to stronger growth once the Brexit crisis was resolved and there was greater certainty around the UK’s international trade relationship. But he also called for urgent action to tackle the UK’s productivity crisis. Productivity has flatlined since the financial crisis, he pointed out, in the worst such slump since the Industrial Revolution; had it grown in line with historical averages, the UK economy would now be 20% bigger.

Mr Smith said he shared the view that the UK’s Brexit impasse represented a voyage into uncharted waters. Parliament’s rejection – on three occasions – of an international treaty negotiated by the UK government is unprecedented; Boris Johnson’s first few months in 10 Downing Street have been energetic but concessions from the EU may not be forthcoming; and the Prime Minister may have repeated David Cameron’s mistake of pledging to win a deal from Brussels that he cannot secure.

Mr Smith said it was possible that the UK might be able to win support for a revised version of the Irish backstop, with Northern Ireland remaining in the single market, but the rest of the UK leaving it for a looser arrangement. The idea of the whole of the UK remaining in the single market if a trade agreement is not agreed by the end of the post-Brexit transition period was, after all, a UK initiative, he pointed out, with Theresa May’s government determined that Northern Ireland should not be treated in any way differently to the rest of the country.

In fact, arranging special terms for Northern Ireland could be presented as a major economic boost for the area, Mr Smith argued. Nevertheless, he warned such a compromise would struggle to win support from the Democratic Unionist Party.

As for other options, Mr Smith said that while the campaign for a second referendum had growing support, the Government had noted polling figures suggesting that “Brexit regret” is limited. While the latest polls do suggest more Britons now believe voting to leave the EU was a mistake than still support the referendum result, the majority is slim.

Mr Smith put the chances of the UK leaving the EU with a deal at around 50%, rating the probability of no deal at between 20% and 30%; this was his most pessimistic view at any time since the referendum, he added. The other possibility is that Brexit does not take place at all – potentially following a remain vote in a second referendum.

Beyond Brexit: populism, nationalism and other matters

While Brexit dominates the political and economic debate in the UK, it is actually just one strand in a broader global story of the rise of populism, Mr Smith argued. Populism pitches “the common man” against the elite, often with support from both left and right for an anti-business agenda and an overtly nationalist tendency. It is fuelled by disquiet about rising inequality; immigration is a common concern, with populists often concerned that incomers are adding to the pressures driving less equal wealth distribution.

Populist movements are now on the march in developed economies across Europe, as well as in the US. The same is true in the UK, even though, Mr Smith pointed out, the hard evidence suggests there has been no significant rise in inequality in this country since the 1980s; perceptions, however, are just as important as reality.

These movements may not yet have reached their peak, Mr Smith predicted. He warned this could have significant negative impacts for policies towards business. In stark contrast to 1997, when Tony Blair’s Labour government came to power with a pro-business agenda that rivalled the Conservatives, none of the UK’s leading political parties could now be described as pro-business, he argued.

Meanwhile, climate change will increasingly be an issue that businesses need to take into account when making decisions, Mr Smith said. He pointed out that 85% of Britons now say they are concerned about the climate crisis and that policymakers and regulators are increasingly interventionist; the Bank of England has taken a lead on such initiatives. In the aftermath of Brexit, climate change will be a defining issue, Mr Smith argued.

This will be a challenge for all future governments – on which note, Mr Smith concluded with a warning that many in business and finance were deeply nervous about the prospects of a Labour government led by Jeremy Corbyn, whose populist agenda includes ideas such as renationalisation and an increased tax burden.

The much-debated question of whether the markets should fear a Corbyn government more than a no-deal Brexit was a false dichotomy, Mr Smith suggested. In fact, it was likely that one would follow the other, with a collapse of Boris Johnson’s government over the Brexit crisis followed by Mr Corbyn’s election. Such a combination, Mr Smith suggested, would effectively put a “no-entry” sign up to foreign investment in the UK.

Regular attendees at CIL’s annual economic update will be familiar with David Smith’s “Skip Index”. His rather informal yardstick assesses the health of the UK’s economy through a count of the number of skips on his street: at one extreme, four or more skips suggest the UK is an unsustainable boom period while at the other, no skips equates to a recession.

On this basis, we should be worried. Mr Smith reports that for the first time since he began speaking to CIL audiences in 2007, not a single neighbour currently has a skip outside their property. You have been warned.